160 years of history being brought into the 21st Century 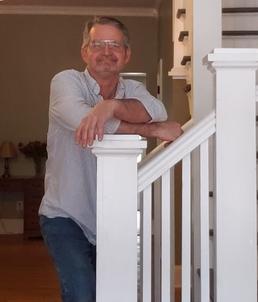 I'm Mike Britt and I build kitchens and bathrooms. I've been self employed for over 38 years with the last 20+ being in the business of building for others.

I enjoy what I do and it shows. Please visit my other website to see a picture gallery of some of my work. Just click on the link to the left and it'll take you there.

I don't use voice mail so if you can't get me to answer the phone, just send me a text. I'll call you back just as soon as possible. 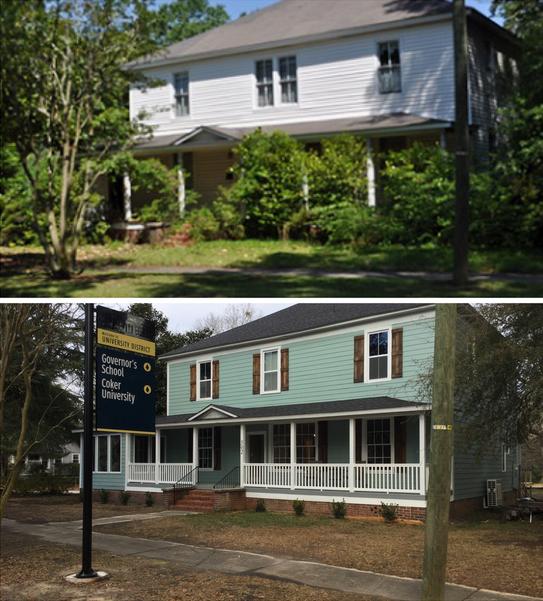 Hi, and welcome to a journey.

Follow us as we embark on a six year quest to restore an historic old home in the heart of Hartsville's historic district, located across the street from the tall columns of Coker University, and just a couple of hundred yards from the Global Headquarters of Sonoco Products Corporation.

The upstairs sets up perfect for use as a Bed and Breakfast. There are four huge bedrooms and two bathrooms.....that's a great ratio. Each room has independent zoned HVAC systems for maximum comfort, as does the entire house.

Virtually every square foot of the house has been touched in some way. From the roof down.

New Bathrooms (You have to see the master shower in person)

The original house was built prior to the 1870's as a 1,600 ft2 single story structure. Nobody knows the actual date. It had four rooms with back to back chimneys and an 11' wide hall that went from front to back. It was donated in about 1894 to become a student dormitory for Welsh Neck High School. WNHS was the brainchild of Major James Lide Coker and sponsored by the Welsh Neck Baptist Association which had been established more than 100 years prior. WNHS was a private, coed, boarding high school that eventually grew to have eight grades.

Welsh Neck High School grew very rapidly and by the turn of the Century they had well over 250 students and had new multi story dorms and classrooms and had outgrown this structure. By 1900, the house had been returned to use as a private residence again and in 1908 the house was sold to the secretary of the high school.

The new owner, Annie Lou Lawton Erwin (widowed) added the kitchen. It was a completely separate shanty that was hauled in and connected to the back of the house. Imagine, if you would, the opening scenes to the TV show, "The Beverly Hillbillies." Uncle Jed's house, that little shanty, is exactly what the kitchen for this house looked like. It was a one room building and had a 4' wide porch that went across the entire front.  By 1915, she had added an additional room to the back of the house. Sometime, shortly thereafter, the roof was removed and the second floor was added creating four new bedrooms and the addition of another indoor bathroom.

So.... what happened to Welsh Neck High School? Well, in 1906 the State of South Carolina passed the High School Act providing funding for schools across the state.  Major Coker and the Welsh Neck Board of Directors decided to not abandon the wonderful infrastructure they had built, thus Coker College for Women was born. Chartered in 1908 and still providing excellence in educational opportunity, only now it is known as Coker University.